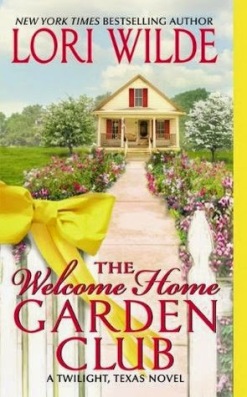 Traditional meaning of Pink and White Roses: I love you still and always will.

Caitlyn Marsh stopped believing in happily-ever-after when high-school sweetheart, Gideon Garza, left for Iraq. Now she raises her small son while her matchmaking gardening club members drive her crazy. Then Caitlyn’s world turns upside-down when Gideon swaggers back to Twilight.

Gideon had left town in the middle of night with threats ringing in his ears. A lot of things have changed since then. This bad boy-turned-Green Beret bears scars from the war, the timid girl he loved is an independent mother, and the father who refused to recognize his son in life has, in death, left him a vast cattle ranch.

He still aches for Caitlyn, and now there’s a dark-haired boy who looks exactly like Gideon did at that age. Could the child be his? And can this war-weary soldier overcome the scars of the past to claim the family he so richly deserves?

Caitlyn Marsh, fell in love with Gideon Garza, but her father drove him out of town and she believed him to be dead all these years, and she has had to raise their son all on her own, still aching for Gideon and the love that they shared. But then he appears in Twilight and like a ghost she has no idea how to handle that he has been ALIVE. Gideon was born a ‘bastard’ and his father and brothers never have accepted him. He was driven out of his hometown, and joined the military, but lost something precious when a bomb exploded. When he learns that his father has died, he is summoned to Twilight, and Gideon knows this is the one way to get closure from his past so that he can move on with his future. But there is one person he doesn’t know he can ever get closure with and that is Caitlyn. When he learns that he has a son, and a chance to be with Caitylyn he is determined as ever to win her forever…no matter what it takes.

Oh my what a lovely romance this turned out to be. I know that I keep saying this every time I read Wilde’s stories, but can I just say she has to be one of my top top TOP favorite contemporary romance authors to read from, she knows how to write the best ones, and The Welcome Home Garden Club is definitely at the top of my list. I can’t believe how much I loved this one. Quite frankly I love reunion romances, especially when you have the added bonus of a child. Lori Wilde has such a beautiful way of creating truly magical stories that wraps its way around your heart and holds on forever. A beyond memorable story.

It begins with Caitlyn in Twilight, where she and other members of the “Garden Club” decide to put a carousel–the carousel that has been in her family for generations, and create a garden circling around it with a “Welcome Home” theme, so they can win a contest. Tensions are still pretty high between Caitylyn and her father, and her father, well he basically has done some awful things, but we see his side of things and how much he regrets the past and all he wants is reconciliations with his daughter, a daughter that wants nothing to do with him. I fully understood why, and I don’t blame her for her harsh feelings toward her father, because of him she has had to raise her son on her own. Then the least expected happens, the man she loved more than life and thought dead has arrived back in town, and wants her back in his life. Gideon has been serving in the military, believing he would never see Caitlyn again even though he still loves her. You see even though the last thing he wants is to stay in Twilight, learning about a son he never knew about changes everything. Gideon and Caityln have some powerful sparks and they start to reconnect.

It is definitely a emotional driven story and it had me in its tender hooks from the first few chapters. You can’t help but be captivated by the set up of the story, and add the authors storytelling ability…good luck putting this one down, you won’t regret it. What sexy fun this one was. The heat in it is pretty light, but I was in the mood for that, and I loved the focus on the building of the relationship and it had such a charming tone to it that you are captivated. Fun, Sweet and packed with everything you need for a solid romance!! UTTERLY CHARMING!